My showcase for VS Code Extensions

I have 4 extensions installed to show off. Someone else might find these useful, so let's share 'em! 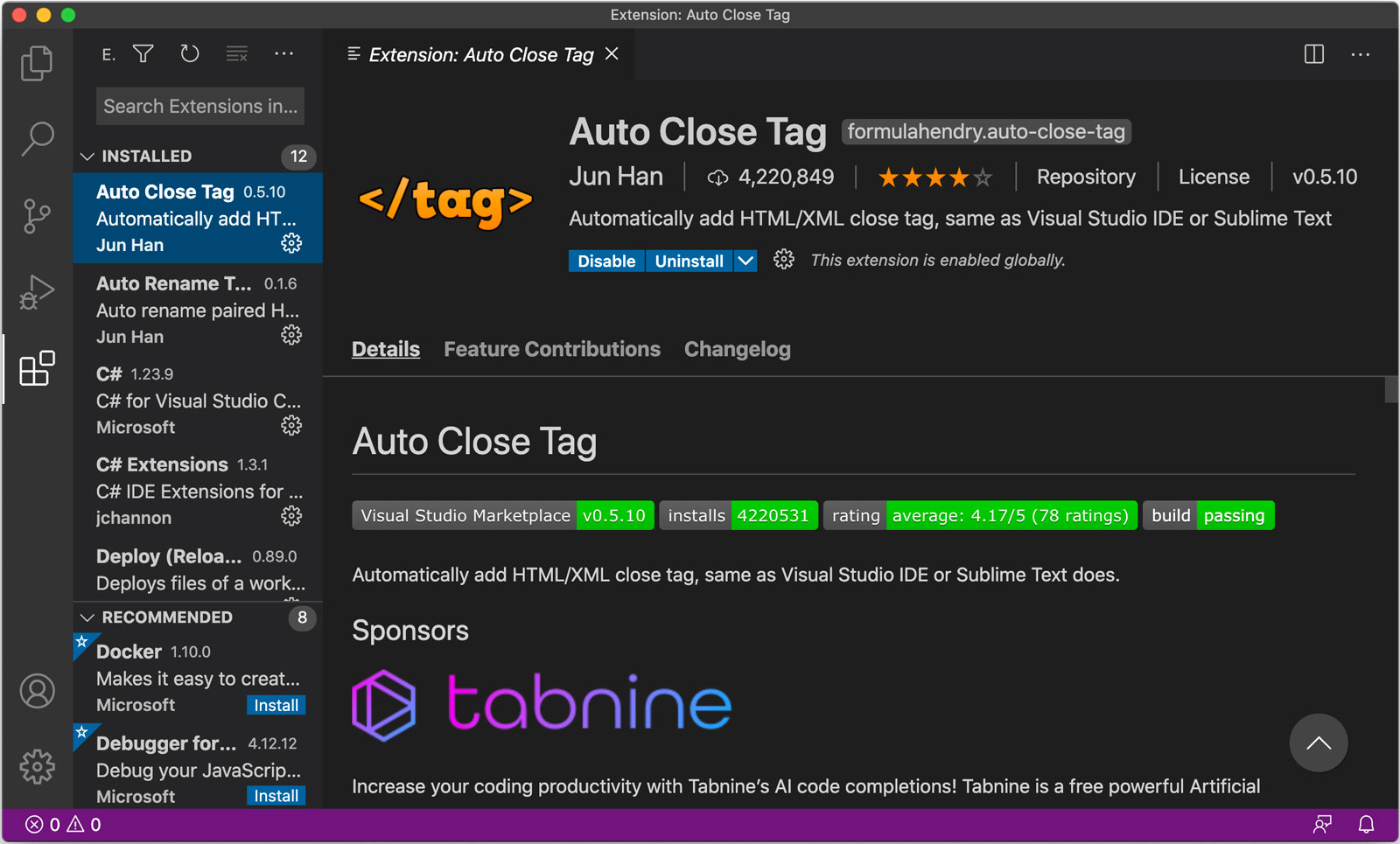 VS Code is my current favourite when it comes to code editors, and it looks like it’s the ultimate one, although I just activated a 1-year subscription to Webstorm at no cost as a student yesterday. I migrated from Brackets to VS Code because the development of Brackets was stopped and almost all the features I got used to were built-in on Code. Then I explored a few more extensions. Let me share the set-up I have.

Phew, that’s not that much under the spotlight. Here are others that are currently installed but also that I don’t have something to say about:

I’d appreciate any suggestions of yours in terms of code-writing comfort. I thought I relied on extensions but only 4 of them turned out to be essential for me. Add a comment if you have your suggested extensions installed!