I completed Design Studies Master’s Programme of Izmir University of Economics and got the MDes degree. My thesis was advised by Prof. Dr. Xander van Eck and its title was “Shock imagery in Turkish heavy metal fanzines: A reaction to criticism from the mainstream media?”. 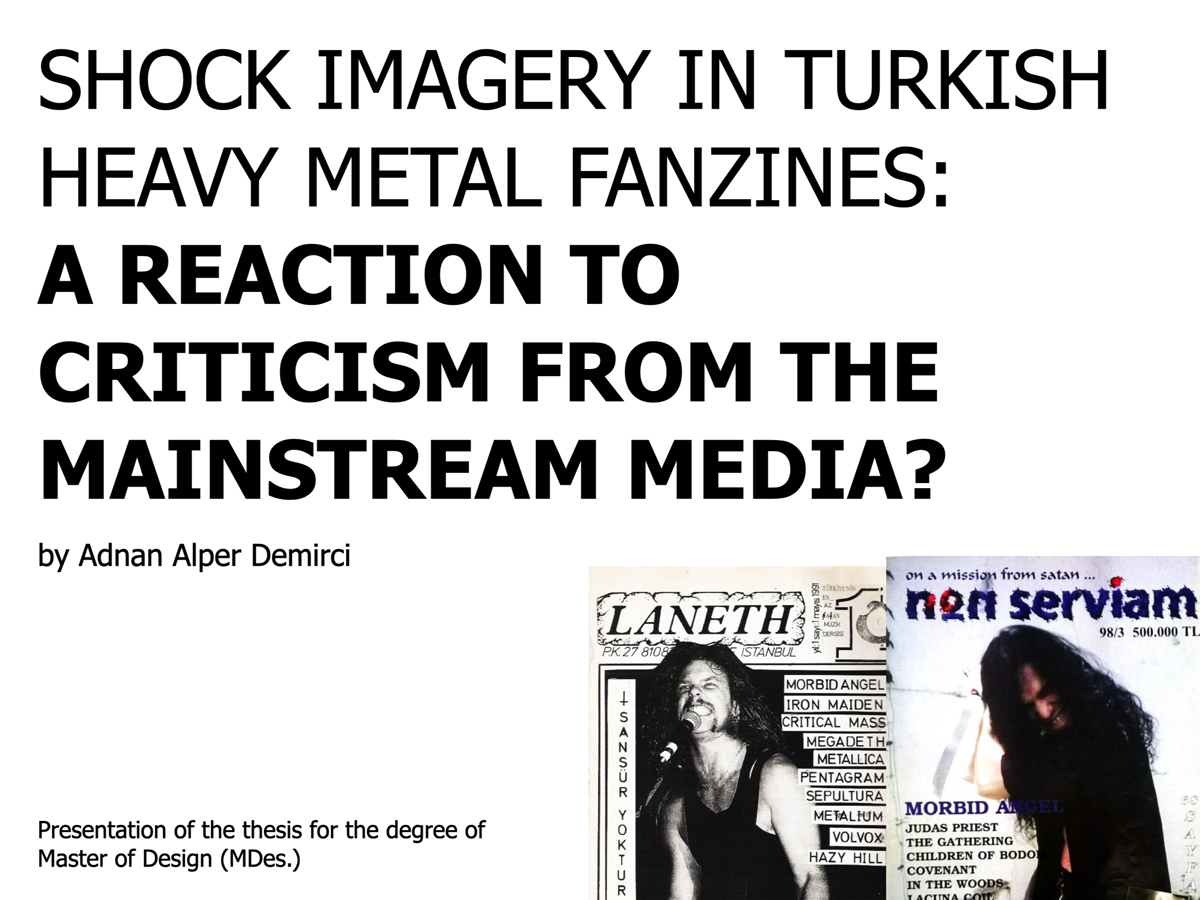 Thesis abstract: As a musical genre, heavy metal started to appear in Turkey by the 1980s; and the metal audience started to produce products about that music. Publishing is one of the acts of the production. Thus, the 1990s saw the birth of Turkish heavy metal fanzines as independent publications. These fanzines inevitably produce discourses about heavy metal as well as occasionally incorporate the shocking elements found in the heavy metal iconology. This study aims to analyse the heavy metal fanzines in Turkey in terms of these kind of elements. Therefore, discourse analysis is selected from various visual analysis methods. Laneth and Non Serviam are selected as the fanzines to analyse. Through the intertextuality of discourse analysis, the shock imagery in these fanzines are interpreted from different perspectives. As a result of the analysis, it is found that the use of shock elements follows several patterns (such as binary opposition, media criticism, and heavy metal iconography) and is motivated from several factors (such as production techniques and the criticism from society and media in Turkey).

Find the thesis in YÖK archive by searching “shock imagery”.